“There’s a train heading west tomorrow. You’ll be going with them.”

The officer’s glare matched Nat’s. “Criminals need no asking. I suggest you bite that tongue of yours and listen to those in authority or we’ll leave you here to rot.” He turned and walked out, steady and looking sure of himself.

I have reached over 500 pins on my medieval writing board. And it’s third-to-next book I’m writing. 😉 Castles and princesses, secret tunnels and spies. Ah, my mind is swirling with ideas!

What’s a dream project you have?

Lord willing, “Surrender” (Late Intermediate Piano Solos) will release next week! I’m looking for people who are interested in doing a social blast about it! Sign up and I’ll send you shareable information PLUS a free digital copy of the music book.
Find out more about the book here.
Sign up for the tour here. 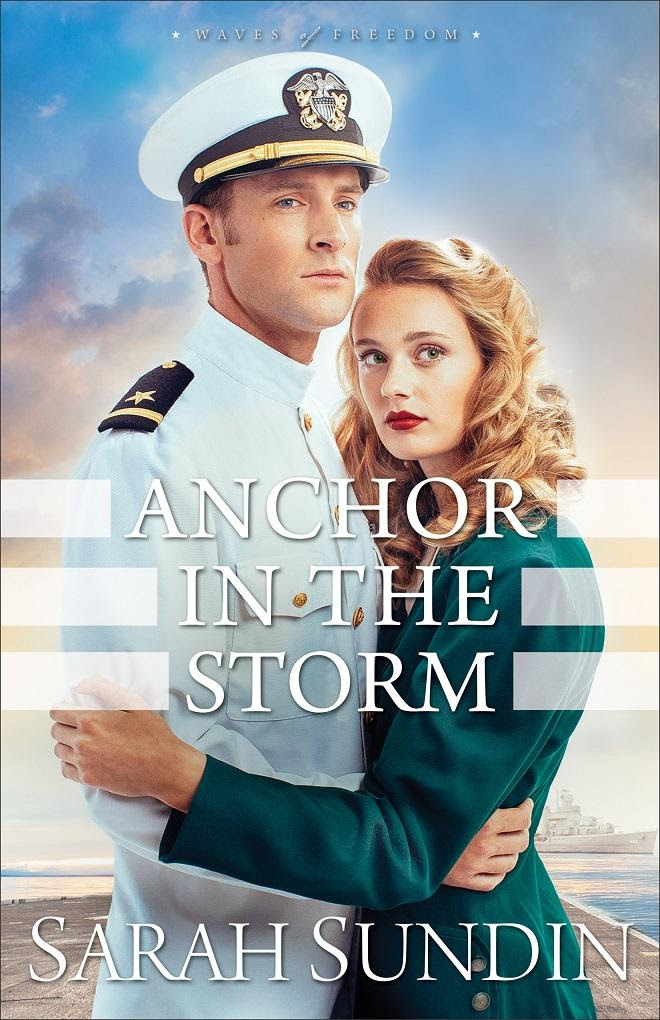 Lillian’s prosthetic leg immediately drew me into this book. I just haven’t read about many heroines that had an appalling “disability” and yet, you love the character, don’t pity her. I could identify with Lillian in many ways–her “cold-heartedness” (or “wooden heart”), her bluntness, her blunders. She felt very real.

Arch was also to be admired. And yes, what I admired most was that he was real. He had a very real, very strong struggle to grow through in his naval career, and he didn’t tackle this struggle on his own–he continually prayed for God’s help.
I’ve read more non-fiction than fictional WWII books, so this was a new type of book for me. I didn’t think that the war was glorified in it–being that Arch was in the middle of a ship with men struggling with their nerves and Lillian worked at a store that saw the social war affects first-hand. It was very interesting and brought the era to life.
Being the second book in the Waves of Freedom series, I wasn’t sure how Anchor in the Storm would read as a stand-alone. No worries. It read amazingly. I assume that the first book was about Jim and Mary; this second book is about Jim’s sister, Lillian. There were some references to Jim and Mary’s back-story, but it only embellished this story, it didn’t make it feel like a gap was missing somewhere.
The spiritual theme of this book was that Christ is the anchor for our soul. Both Lillian and Arch clung to that. I really, really appreciated that, at times when one would be wishing for physical comfort from their love, they brought it back to, “No, Christ is my sure anchor.” In some ways, it could be that this message was the only spiritual message in the book, but it was definitely very present–not rushed over.
The mystery in this book kind of surprised me (this is Sundin’s first book that I’ve read, so she may usually have mysteries, I don’t know). It was complex, interesting, and true-to-life. Another plus, in my opinion.
There were a couple things I didn’t care for. One, being that when Lillian was taken advantage of by a former boyfriend (back-story), she didn’t tell her family or parents. Younger readers probably wouldn’t want to read this because of that situation, plus there was considerable romance throughout the book and some violence (murders mentioned, ships bombarded, things like that).
*I received this book in exchange of my honest review, from LitFuse Publicity*
ABOUT THE BOOK
One Plucky Female Pharmacist + One High-Society Naval Officer = Romance–and Danger
For plucky Lillian Avery, America’s entry into World War II means a chance to prove herself as a pharmacist in Boston. The challenges of her new job energize her. But society boy Ensign Archer Vandenberg’s attentions only annoy–even if he “is” her brother’s best friend.
During the darkest days of the war, Arch’s destroyer hunts German U-boats in vain as the submarines sink dozens of merchant ships along the East Coast. Still shaken by battles at sea, Arch notices his men also struggle with their nerves–and with drowsiness. Could there be a link to the large prescriptions for sedatives Lillian has filled? The two work together to answer that question, but can Arch ever earn Lillian’s trust and affection?
Sarah Sundin brings World War II to life, offering readers an intense experience they won’t soon forget.
BUY THE BOOK on Amazon
or ENTER THE GIVEAWAY

Puzzle lovers … I put together a puzzle of Journey to Love’s cover and got it put together in 1:19 (first try). What’s your time?
(I had designed it for a book party tonight then decided to change my game, but putting together the cover is still fun)
Follow this link:
http://www.jigsawplanet.com/?rc=play&pid=024e8e193b3d
As I recently read through Psalm 119, I noticed a lot about afflictions and God’s Word, so I decided to hone in on those verses. In doing so, I discovered that there are two definitions for the words of “affliction” used.

The first is from the Hebrew word, ‘oniy, meaning, “depression, misery.”
This is my comfort in my affliction: for thy word hath quickened me. (Ps 119:50)
Unless thy law had been my delights, I should then have perished in mine affliction. (Ps 119:92)
Consider mine affliction, and deliver me: for I do not forget thy law. (Ps 119:153)
This affliction is not brought on by our sin, necessarily, but is when we get low in spirits in daily living. The beauty is that, in these situations, we can turn to Christ and His Word for comfort and deliverance, knowing that focusing on Him will keep us from perishing in these afflictions.
The second definition for “affliction” is slightly different. It is from the Hebrew word, ‘anah, and gives the impression of browbeating, depression.
Before I was afflicted I went astray: but now have I kept thy word. (Ps 119:67)
It is good for me that I have been afflicted; that I might learn thy statutes. (Ps 119:71)
I know, O Lord, that thy judgments are right, and that thou in faithfulness hast afflicted me. (Ps 119:75)
I am afflicted very much: quicken me, O Lord, according unto thy word. (Ps 119:107)
This type of affliction lends the idea of affliction as punishment (directly linked to our wandering from God). Affliction like this, from God, is used to get our attention so that we can better keep God’s Word. The answer is not found in soothing ourselves with promises from God’s Word, but in checking our obedience to the Scripture (because God’s promises are usually contingent on our obedience).
When I feel myself in affliction, I need to do a quick evaluation: is this affliction because of my disobedience to God? or is this affliction just part of life? God’s Word has the answer to both afflictions, but I need to search my heart and be sure I’m applying His Word correctly to my life.
What is something that you have noticed from God’s Word recently?